Your kind letter ten days old followed me out to Chestnut Hill yesterday where I had gone to be present at the last day of a school and to see old friends. ‘Twas very welcome I assure you as ’twas the first for a week and I supposed you moving long ago. I had sent to the office and as I walked from the schoolhouse to what was my home for five months, two years ago, I felt sure the kind words I wanted so much were waiting me there. If he cannot write good news of his movements or prospects, he will tell me that his heart is mine wherever he roams and that ought to make me happy and it does, Lot. I cannot find words to express my feelings. I’ve read that dear letter over & over again and tried to realize the great blessings that God has given me — the love of a truly good and noble man, that is a woman’s highest boon.

And Oh how proud I am of my soldier. Our country’s fate, Lot, is so nearly linked with our own that we cannot be unmindful of it. The sacrifice of a few year’s comfort and happiness — though it be given in the prime of our life — is a small matter to what it might be were our country to prove a failure. Shall we make this sacrifice grudgingly? Shall we flinch in the hour of peril, or shall we help in the noble work of handing down to posterity an unsullied Government founded upon the principles of Truth and Universal liberty? Our choice has been made. The great struggle has commenced, has passed its zenith, and I believe is nearly ended. Let us be brave and cheerful to the end. I believe the Good Father who has preserved you through so many dangers will yet bring you out safe. Let us trust him and walk onward in the straight path.

Ogg’s wife says he must come and a wife’s call is imperative. Well, I can’t blame her. Three years is a long time to spare a husband. But Lot’s wife (and am I not so in all respects except the legal action) says that he must be true to himself. I would sacrifice everything (but his love, could I spare that?) that a true woman could give to keep his honor bright, not for the world’s applause that is a little thing, but when he feels that his duty is accomplished I know his true heart will lead him home. Until then be it my holy privilege to hold up his weary hands, to bid him “Godspeed!” Oh Lot, I know your path is a difficult one, hedged in & beset with trials and temptations & you are but mortal, but you will be firm & true & come out from them all stronger & purer — as silver from the furnace.

‘Twill cheer you to know that those who love you pray constantly for you, but your own manhood and the care of ‘Our Father’ will keep you safe. Oh! Lot, I would I were a better Christian for your sake. I ought to be for my own sake, but ’tis so little I can do, and that little is so poorly done that I am ashamed of my efforts.

Yes, it does seem as if I were fated to teach the little Quakers, & I don’t believe I do it half so well as I need to either. Recon it is because my heart is not in the work. (Can you tell me where it is?) Don’t know but for the sake of any credit as a school woman I’d better quit the business when this week’s work is done. That will end my career on the Prairie for the present at least. Don’t you think they paid me the compliment to send for my assistance here as a threshing machine because Miss Packer ¹ had found a few rogues she couldn’t manage by saying ‘Please ‘& was too refined a lady to take hold of the imps and give them their dues. And I had established so enviable a reputation in this region by having the audacity to dare the maledictions of the whole aristocratic city of Salem by taming a few of their unfledged hopefuls in a homespun dress that I was considered a desirable assistant. I feel greatly flattered. Won’t you be proud to claim so valuable a piece of property as your own.

But this is all Gammon. To tell the truth, I get along here first rate. Have not had to soil my hands with any of Miss Packer’s tormenters yet. (Don’t know how soon I may though.) One of my withering frowns or a few words of wise counsel have sufficed so far. Everything is as agreeable as could be expected except the mud which is still fordable. However, Mr. Pidgeon has a care for the health of his daughters and kindly gives me aloft occasionally when the road is unreasonably bad. The prospect ahead is pleasant enough though a little mixed, I believe it embraces a campaign at the Sugar Camp with Maggie, John, and Kitty. I last visit with [sister] Lydia and [cousin] Alice to mother and other friends. ‘Twon’t be so pleasant to tell the girls goodby. I don’t see how I can spare them but suppose they must go, then Becca.

Oh yes, I went to the party I spoke of with Cyrus [Garretson] and it proved a decided bore to me. At least the amusements were cards and backgammon — poor affair that.

…says I must spend —– time not specified, with her in her new home & Mrs. Pixley’s last injunction was, “When you are through with your school, come back & quilt your quilts. There’s plenty of room & nobody to bother you.” (By the way, I wish the war would end so cotton would fall. I’d like to invest some of my stray greenbacks.) So you see I’m engaged, but I’m writing now to little purpose. There’s one important part of your letter (God bless you for writing that letter) Lot, which is not answered yet. ‘Tis your kind advice to “Go & live” where I can enjoy myself & be contented. Let’s see how that would work. 1st contentment & true enjoyment are rarely found except with the hallowed precincts of home. 2nd, “Tis Home where the heart is.” Hence, I fear my truant heart might lead me on a frantic chase in search of a certain bold soldier boy, which chase would certainly prove much more romantic than sensible (don’t you think so?). 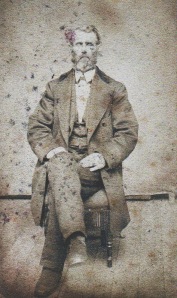 But jesting aside, I shall find my enjoyment in trying to do what seems to be my duty & will have as much of it as I deserve & more too. And Oh Lot, do not be troubled on my account. You know I’ll do well enough! I’m used to the life I lead & can well wait for the better one we hope for, while you must be denied its comforts. If it will add to your happiness, I am ready to be your wife at any time you desire it, but if you cannot be spared from your post, do not grieve about it on my account. I think from present appearances Uncle Sam can dispense with your services by Fall at least & that we may spend next winter together, though this long dreary one has kept us so far apart. I might let my pen run all night & then not tire of talking to you but guess this is enough to throw away & ’tis doubtful it ’twill ever find the wanderer. I’ll start it though. ‘Tis the best I can do.

[P. S.] I see in Home Journal the sudden death of William Saunders ² — a great loss truly. Also the marriage of Capt. [James Thomas] Drummond ³ to a lady in Indiana .

¹ The identity “Miss Packer” — the Salem schoolteacher — remains a mystery though it it clear Neal was brought in to assist her in controlling the unruly scholars. Neal likened her role as that of a “thresher machine” — used but briefly in harvesting the crop. Though she may have envied Miss Packer’s education, Neal finds Miss Packer’s lack of experience in “taming a few of” Salem’s “unfledged hopefuls” frustrating.

³ Capt. James Thomas Drummond (1824-1890) married Susan Parr on 5 February 1865. Susan was Drummond’s second wife. He was first married in 1847 to Eliza Ramsey in Indiana and came to Iowa with his family of three children in 1854. A Mexican War Veteran, Drummond quickly responded to his country’s call by organizing the company that was designated as Co. K in the 4th Iowa Cavalry during the Civil War. 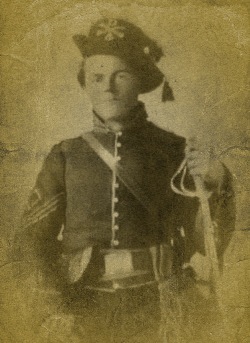 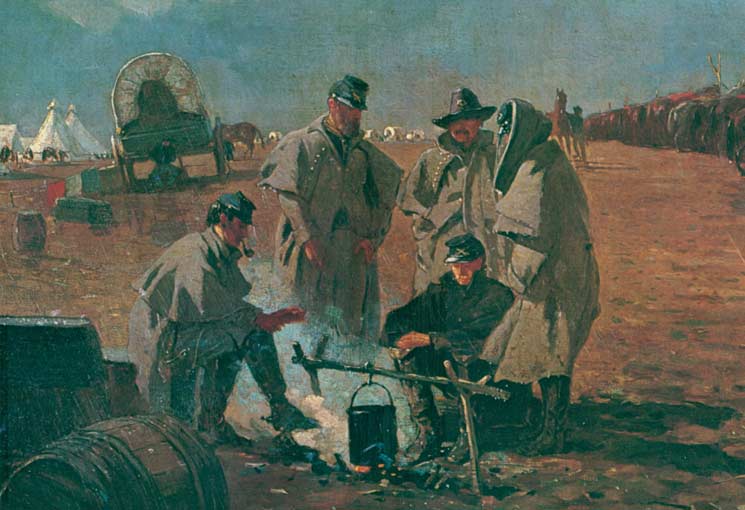 Saving history one letter at a time.

The Origin of Bluemont Central College